So Joan Peterson is back from the land of milk, honey, and gun control, and what does she say? “It is always good to come back home and sleep in your own bed after a trip.” But if Spain is such a wonderful place because of its gun control laws, why bother going back to the most gun-friendly country in the world? If its so dangerous here why come back at all? Would you take a Vacation in Lybia, or the Sudan right now? Well of course Tom makes a good point here. But that foolishness isn’t why I’m writing this post, its this bit of foolishness:

I then took the opportunity to ask them about guns in their countries. The Australian man said he knows no one who owns a gun and doesn’t own one himself. They live in a small town outside of Sydney and just don’t feel a need for a gun. He likened the small minority who is always fussing over gun rights to a group who make some noise but usually don’t get anywhere. He knew about the influence of the American NRA on the gun owners group in Australia and didn’t find that to be a good thing. The young Spaniard, Marcus, was curious over why anyone could or should carry a gun around in public. His first response was that guns would get used in situations where another means of defense might solve the problem without loss of life. He said that guns are just not carried around in Spain and that some people felt a need for guns for self protection in their homes but gun laws were very strict. He didn’t understand America’s gun culture at all. It is not even on the radar really, of the Spanish people.

Well Duhh! You talk to an American who lives just outside DC or Chicago they’ll likely not understand what’s up with us gunnies, and of course other nations who have no gun culture or self defense laws will understand our liberty without some really in-depth discussion and a massive helping of an open mind.

Let’s put this in a bit more perspective. When I first played the UK Knife “Chose-your-own-adventure” youtube game linked here (BTW take the time to play it a few times as it really shows how scary the UK and their laws have gotten). Since the game is anti-knife, and I’m somebody who carries a knife and a gun wherever I go, my first play-through was simply to do the best I would do, which is keep my nose clean, avoid dangerous situations….but carry a weapon (in the case of this game its a shitty kitchen knife). Not to allow an American-Like outcome, of you do this you’ll eventually bump into a pair of constables who will stop and frisk you…find your knife and you go to jail.

I asked an IRC buddy who lives in England about this, as it struck me as odd that the Police would just stop somebody walking down the street and frisk them. According to him and a few other people, yep, the Police in the UK do not need probable cause or reasonable suspicion to search somebody on a public street, and you know what, he didn’t see why I was so worked up that the UK doesn’t have our 4th Amendment rights.

According to Joan’s reasoning the 4th Amendment is a stupid law, and doesn’t need to be around, because the Brits don’t have a problem with the police patting somebody down on the street just for something to do…or maybe to hassle people they don’t like.

I know several female US service members in the Marines and US Army who spent time in Kuwait during the Iraq war. Wanting to keep strong, and keep up with good habits they all wanted to go for a run when they had the time. Given that Kuwait is in a Desert and near the Equator, of course they’d want to wear as little clothing as they could get away with. Well in Kuwait the base Policy is for female service members to keep their arms and legs covered when in view of the public. This is because Kuwait is one of those Muslim nations that demand woman cover up. There are lots of other nations that demand woman cover up drastically because of their interpretation of Islamic law. 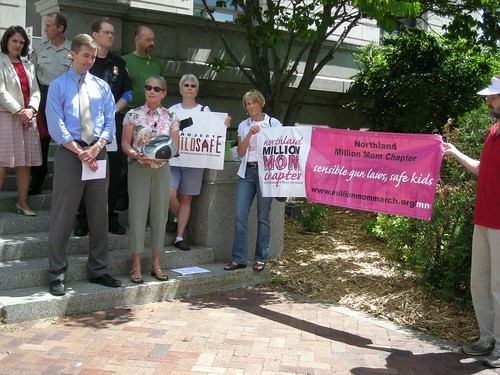 Joan, you might want to cover up a bit, hon! I can not only see your bare arms, but I can also see you Ankles! In many Muslim nations they beat women severely for such a foolish act. Shouldn’t Joan exercise more common sense?

Let’s face it, opinions of other cultures isn’t a very valid argument, only facts are worthwhile.

And since we’re on the subject I’ll close with this gem:

Its a little tedious with the subtitles, but stick with it, it gets awesome!