The Squirrels Talk Science and Psudo-Science

This is going to be a great show tonight!

A Primer on what we’ll be talking about is here.

I’m a scientist, and even before I had a degree or got my first paycheck for research I was a scientist. I didn’t realize it until I dated a woman who was NOT a scientist. Now my wife is a scientist, but that doesn’t mean there was anything WRONG with non-scientists, but people who haven’t spent a lot of time PROVING a hypothesis, and lived their lives as skeptics of things that couldn’t be easily observed or quantified see the world a LOT differently. Correlation DOES mean causation to them. They wore that pair of jeans and had a shitty day, the solution is to throw that pair of jeans away. They had a friend who was Catholic, and they were a self-centered asshole, so ALL Catholics are self-centered assholes, and probably anybody who goes to Church is too.

Today “Scientists” are celebrated by people with no scientific understanding, and so when they folly, it is assumed as a “scientist” they are beyond reproach. 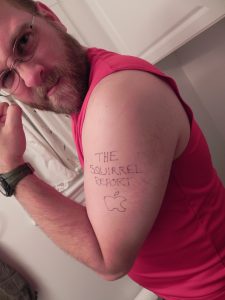 This entry was posted in Biology, Podcast, Politics. Bookmark the permalink.