Time for another harvest! Let’s fisk this video!

First let’s give you an assignment before your watch it. Look out for pure unadulterated ignorance. These are questions the Brady Camp wants to ask the Presidential Candidates.

Imagine if these questions were for any other political issue:
“I Would like to ask the New York Mayor candidates what they will do about the problem of Albino Alligators in our sewers?”

Let’s run down the questions:
1: “Why We don’t have more regulation of Assault Rifles and other fully-automatic weapons?” Ummm because the NFA and the Hughes Amendment aren’t enough for you?

2:”What are we going to do about people coming into the United States and buying Assault Rifles and bringing them into Mexico?” Well again the NFA forbids transfer of fully-automatic weapons to foreign nationals. The Full-auto weapons the cartels have in Mexico are acquired from the Mexican government, South and Central America, and China, not the US. Like the first question I think this shining light was thinking about so-called “Assault Weapons”, which A) is a bullshit term, and B)The Semi-auto rifles the Cartels got from the United states all came directly from our of ATF and FBI. Oh and the Brady Campaign doesn’t care that the ATF and FBI were GIVING guns to Mexican criminals.

3: “How would you cut down on illegal gun trafficking?” Well since its already illegal, and you see it as a problem still, maybe we need more law enforcement to catch the criminals committing the crimes. Not exactly the Brady Campaign stance, but that’s the one that makes sense.

4: I’m not going to kill myself transcribing this smug idiot’s question its from 0:31-0:50. I’ll note he talks about “Armor Piercing Bullets” “Dum Dum Bullets”, “Clips that hold more than a few bullets because they’re not for hunting or militia purposes.” Seriously, completely ignorant on the gun issue, but boy is he impressed with himself! OK so I’ll save a snide comment about Dum Dum Arsenal and just point out his first question is asking about things that aren’t defined in common parlance or in legal terms. The second half he throws in a smug reference to “constitutional protection” in reference to “militia purposes”, he may also be tying hunting in here. So first, No the 2nd Amendment isn’t about hunting. Second if you’re going to be talking about “Militia Purposes” that’s EXACTLY why people should be able to buy, as well as explosives, anti-tank weaponry, and full-auto crew-served weapons. Something tells me he wouldn’t like that logical view. Also interesting that the Brady Camp is allowing somebody to talk on their airwaves about civilians purchasing guns for militia purposes, that really goes against their whole “National Guard is the Militia” fallacy.

5-6: These two questions are a MESS, so I won’t fully transcribe them either. Also the last four questions seemed off-the-cuff and legit, these really sound like they’re trying to recite a prompted question.

Still the issues are: “Universal Background Checks” (good thing to ask about, Mitt and Obama should be able to answer this well, as Illinois and Massachusetts have that policy in place…and they’re dangerous states. Meanwhile Mitt’s been spending a lot of time in Utah which doesn’t, and its one of the safest states. And some garbled statement that talks about “Assault Weapons” and “Hunting guns” and ends with “Nobody Hunts with an AK-47”.

Again, 2nd Amendment says nothing about ducks and deer, sorry. Second, he should look at the dude holding the Microphone, he was shot with a .22 target and training pistol that fully complies with the US “Assault Weapon” legislation. Oh and people don’t hunt with AK-47s? Just to a quick youtube search and you’ll find how wrong you are. And that’s not even opening the can of worms that the AR-style rifle is one of the most popular hunting platforms in the country right now.

Again, every questioner has NO earthly idea what they’re talking about, and like most “Progressives”, they aren’t interested in learning, or defending their point. 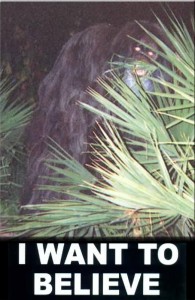