Images of the Antis: “Gun Death” 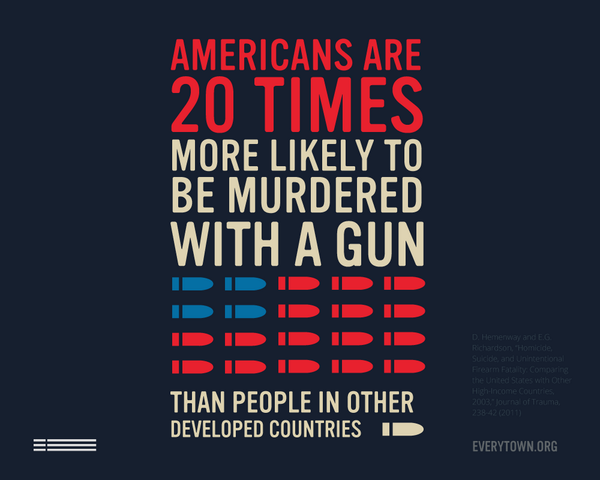 Note Murdered WITH A GUN! This is a little trick done by gun-banners to mislead. It is not saying that Americans are more likely to be murdered than citizens of other countries, just more likely to be murdered WITH A GUN! We all have seen the “Gun Death?” Files here at Weer’d World and we know that if you aren’t murdered with a gun, that doesn’t mean you aren’t murdered.

Heck I just found this great article that looks at homicide rates (just “Murder” is often counted wildly different in other nations, Homicide is a better metric, but note it too has its flaws) in other nations.

Turns out that while America DOES have a violent crime problem, we’re hardly the most dangerous nation in the world, even if you factor in that mushy definition of “Developed Nations”. We do indeed have a lot of “Gun Death” here in America, and more than most other nations (but still hardly the highest) but we don’t have the most people who were violently killed.

Does it make much of a difference to you HOW somebody was killed, or is it important to you just to have less killing overall? Bloomberg doesn’t care, as he noted while Mayor “Gun Death” had dropped, and trumpeted this as a success. It would have been too, if A) Murder rates had fallen, they hadn’t, and B) The numbers were real (NYPD had padded numbers to change the bottom line). BTW I can’t seem to find that article as it was a few years old, if anybody has a link to that article post it in the comments so I can add it here.

Oh and in amusing news I found this twitter feed that has already hijacked Bloomberg’s silly new group. If you tweet, give them a follow! Lots of people are working hard to make sure this new movement doesn’t get off the ground! $50 Million well spent, Bloomy!

This entry was posted in Gun Death?, Guns, Politics, Safety, Self Defense. Bookmark the permalink.

5 Responses to Images of the Antis: “Gun Death”