The Past is Funny

Was just talking with Jigsaw about my beard, and I knew I had some old photos kicking around so I grabbed a random album and started flipping. Turns out it was essentially the photos taken around when i graduated from High school. I found this one DEEPLY amusing. 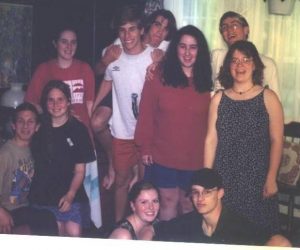 I’m the dork in the upper right. My arm is around MY WIFE…tho I had no idea at the time. We’ve been close friends since the 7th grade, but only started dating when we were in college…different colleges, I might add. I was actually had just broken up with a long-time girlfriend who actually lived in New Jersey (she used to summer in Maine). Yeah, and you thought I was dumb NOW! 🙂 If Only I knew!

The dude beside my some-day wife is now a Captain in the Army National Guard, and an Iraq War Vet. Just found this video, thought I’d share.

The story is no bullshit, he was totally a flabby band-geek who just needed help in college and was actually reluctant to join the Guard…now he loves it and he’s career mil!

The dude on his back was the best man and my Wedding to Mrs. Weer’d. We were best friends then, and he likely had been told at the time he was my best man no matter who I married. (I want to shout “DUMBASS Your fucking ARM is around her!!!! To the pic) He’s now persuing a career in folk/bluegrass music.

Some of the others I’ve lost track of, others I haven’t but I don’t know if they care to be discussed.

Oh and just to show I have no shame 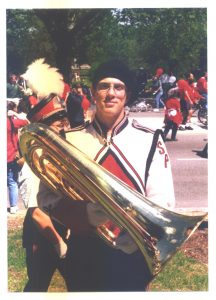 LOL, the past is always more amusing when you see how far you’ve come! Some people want to relive the past, I’m excited where the future may lead!

This entry was posted in Family and Friends. Bookmark the permalink.

0 Responses to The Past is Funny