Images of the Antis: Grassroots

Found this one and really thought it was worth a look: 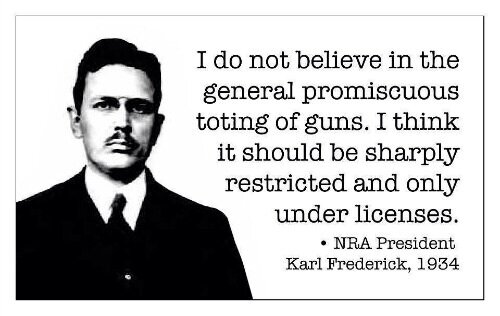 See this shows how different anti-freedom and pro-freedom think. Really up until the 1990s concealed carry wasn’t a very popular activity. It was always done here in the Northeast and it wasn’t until the 2nd Half of the 20th Century where restrictions started showing up, but for the rest of the country it was much different.

Still anti-gun groups are all top-down organizations. They have a single or a small handful of operators and then a bunch of tiers under them that essentially do their bidding and follow lockstep. Hell even Joan Peterson as a Brady Campaign Director doesn’t actually DO anything to influence what the Brady Campaign does, she’s just a soldier following orders, hence why when her blog even betrays her masters, there isn’t even a flap about it. She’s just “little people” to people like Dan Gross.

Meanwhile the NRA is a true grass-roots groups. They have REAL members who can come and go as they please and vote for how the organization is run. Tam has a great article about finding an old NRA magazine in a shop. Now the antis see the changes this organization has done as RADICAL, and somehow think that the NRA should be how it was from the day it was founded, because that’s how they roll. Sure Handgun Control International is now the Brady Campaign, but they’re still a group looking to ban handguns.

Meanwhile the NRA is an organic group, they change with the times, and the sentiments. There’s a lot of talk about the NRA’s new found support for lessening restrictions on NFA items, when previously they were amenable to EXPANSION of the NFA. This isn’t the group becoming “radical” its just a group that changes with time and maintains relevancy.

Hence why the gun control groups are only becoming less and less relevant. They DON’T have members to report to, they’re totalitarian dictatorships forcing people to march behind them, while groups like the NRA follow behind the simple annual members and help make their voices better heard.

This entry was posted in Freedom, Guns, Politics, Self Defense. Bookmark the permalink.

3 Responses to Images of the Antis: Grassroots